OBSESSIVE, DISTRESSING THOUGHTS CAN BE AGONIZING.
THERE ARE WAYS TO REDUCE THIS DISTRESS & INCREASE PEACE OF MIND.

When most people think about obsessive-compulsive disorder (OCD), they imagine the most widely known forms of compulsive behavior, such as repeated hand washing or compulsively checking a door to make sure it is locked. However, there is a form of OCD, sometimes referred to as Primary Obsessional OCD, where compulsions take place mostly mentally.

For example, one evening a man said goodbye to his wife and children as the wife prepared to drive the children to an activity. The thought crossed the husband’s mind: “They could be killed in an accident. I might never see them again”. The husband felt a sense of naked horror at the thought of losing his loved ones, and also began to question why he was having the thought. “Am I bad a husband? Do I secretly want something terrible to happen to them? Have a been sloppy about maintaining the car? Will it be my fault if something happens?”  He then began try to reassure himself that this car trip would likely be safe, as most trips are, but nonetheless, his mind kept coming back to “what if this time is different? What if there isn’t enough brake fluid? What if the tire pressures are low and a tire bursts? What if….”

The human brain naturally generates frightening thoughts, even for those without OCD. The ability to consider “what-if” scenarios has evolutionary value, allowing us to conceptualize and proactively respond to risks and thereby to increase our chances of survival. However, for people with OCD, this ability becomes exaggerated and over-utilized. The OCD mind manifests extra sensitivity to uncertainty and a decreased ability to feel confident in having completed necessary tasks.  As noted, sensitivity to uncertainty clearly has evolutionary value e.g., (the caveman who double-checked that he buried any leftover food that might otherwise attract the saber-toothed tiger is a cave-man who might live another day), but too-great a sensitivity to uncertainty leads to endless repetitions of worry, and to mental or external rituals to try to create certainty.  It also appears that there are specific regions in the brain that function to create a sense of completion (“I’ve done that. It’s good enough”) and that these regions do not function as well in the person with OCD.  Thus, OCD is a problem of degree: all people experience anxiety and all people have strategies for managing anxiety and trying to create a sense of confidence that they’ve done what they need to do, but the OCD sufferer has more anxiety of a certain type (obsessive, ruminative thoughts) and ineffective strategies (repetitive internal or external rituals).

When individuals without OCD experience such undesired and anxiety-provoking thoughts and worries, they are able to quickly reckon with the thoughts as “mental background noise” or as opportunity for quick problem-solving (“yes, everyone is wearing their seat belt. We’ve done what we can to make this a safe trip. Time to get going”). People with OCD, however, struggle to achieve a sense that they’ve done enough, that their safety steps are complete (“what if the seat-belt didn’t fully click in?”) , and thereby get “stuck” in the cycle of using mental rituals to seek reassurance, but never being lastingly reassured.

OCD is, ultimately, the fruitless search for absolute certainty in a world in which that cannot be achieved.

Obsessions are intrusive and unwanted thoughts, images, impulses, or sensations. While obsessions can take on any theme, the following are several categories of obsessions commonly experienced with Primary Obsessional OCD.:

Because individuals with OCD are particularly sensitive to uncertainty, performing mental compulsions becomes a way to allows them to feel (briefly) that safety has been achieved or restored. Individuals with Primary Obsessional OCD  perform compulsive mental processes (more than outward physical acts like hand-washing or door-checking)  to try to neutralize fear. Mental compulsions sometimes function as a method of figuring out an underlying meaning of thoughts and thereby serve as a desperate attempt to reason away anxiety, or  include seemingly idiosyncratic rituals for negating distressing feared thoughts.

Types of mental compulsions or rituals may include:

Paul has developed obsessional anxiety about automotive safety and risks of accidents that might injure his wife or children. He has taken all the usual steps to maintain a safe auto, but is plagued by thoughts of “what if it’s not enough? They might still have an accident and be injured, maimed, or killed. And it might be my fault!”  He obsesses about whether the car he purchased most recently is “safe enough”, and has precipitously traded in several cars in recent years trying to obtain the ‘safest possible vehicle’.  These repeated purchases have put a strain on his family finances and on his marriage.  Paul has developed other rituals to try to reduce his anxiety, including spending hours online researching safer vehicles or newly-developed safety features that could be added to his current car.  He has also developed purely internal, mental rituals to try to reduce his anxiety, such as memorizing and silently reciting to himself the dates of recent maintenance services to his car, and memorizing and silently reciting statistics related to auto safety.

Note: whatever the differences between individuals in their obsessions and mental compulsions/rituals, one things always remains true: the artificial sense of safety created by the mental compulsions is always fragile and temporary, because the “what-if” thoughts predictably come back.  This leads to a vicious cycle of intrusive thoughts and mental rituals that build in intensity and frequency.

Most clients enter treatment with the goal of stopping their obsessions. However, attempting to get rid of unwanted thoughts worsens the problem, since trying to not-think about something always involves thinking about that thing. A more reasonable goal is to change one’s relationship with and reaction to intrusive thoughts.

The following forms of therapy have been proven most beneficial:

Exposure and response prevention (ERP) is a type of behavioral therapy that involves exposure to an obsession, paired with prevention of the neutralizing ritual, using a structured, step-wise, incremental approach.

The sufferer works with the clinician to construct a list of obsessional fears or distressing thoughts/images, and to rank those in order from least distressing to most distressing. The clinician and the client then work to create mental ‘exposures’ to the fears that are practiced repeatedly and intensively by the client but without use of the compulsion or ritual that has previously been used to reduce anxiety.  The less-distressing obsessions or worked on first, until the anxiety in response has been significantly reduced. Only then does the next, more difficult item become the focus, and so on, working up the hierarchy. The repetition of the distressing images or phrases, without the use of the mental rituals or compulsions, allows the mind to habituate to (i.e., get used to) the triggers and to thereby become less reactive to the triggers, that is, less anxious. The mind is still aware of the triggers, but does not react as strongly, similar to the way background noise or a bad odor are typically less disturbing after one has been in the room with them for a length of time.

The purpose of exposure therapy is to become accustomed to moving forward in life in the face of inevitable uncertainty and the presence (at least at times) of anxiety-provoking thoughts and images. The process of ERP is to repeatedly provoke high anxiety levels that then diminish because of habituation, rather than use of rituals. This then allows the rituals to lose their importance and lose their ability to put demands on the client’s mental energies. When trigger thoughts do arise, the relationship with them is then one of awareness and calm acceptance, rather than intense anxiety and perceived need to perform mental rituals.  Intrusive thoughts come less frequently, as well as being less disturbing, after one has become habituated and less reactive.

MBCT is a type of therapy that teaches clients to regard thoughts and images (even distressing ones) as  normal parts of mental experience, rather than viewing them as problems that need to be fixed or eliminated.  This is often extremely helpful in reducing psychological tension by minimizing the internal struggle and the energy that has been wasted on trying to make the thoughts stop.  Techniques are used to help develop and strengthen overall  mindfulness skills, i.e., the ability to be aware of thoughts and feelings in a neutral, non-judgmental, non-reactive way, in addition to using mindfulness in relation to OCD-specific trigger thoughts. There is a concurrent strong emphasis on prioritizing life choices and activities in accordance with personal values and following through on those priorities, rather than letting anxiety or rituals dominate your time and choices.

Medications in the Treatment of OCD

The combination and sequencing of techniques should be customized by you and your psychologist according to your specific needs, readiness, and preference.  Regardless of individual differences in how the treatment is implemented, the core of the treatment paradigm is: reducing the power of disruptive thoughts and images by deliberately confronting them, rather than trying to turn them off through rituals, and, learning to live with uncertainty rather than struggling to achieve a level of certainty that is not possible.  The treatment is challenging and can evoke heightened distress, initially, and a natural urge to quit. However, like an exercise program that produces soreness on the way to strength, the discomfort of the treatment procedure signals that the active ingredients of treatment are engaged. 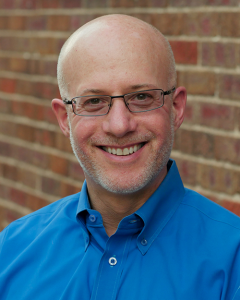 Information submitted via this form is encrypted for privacy with the latest technology.